Why April Fishing is So Great

Posted by: CaptainDave, on 04/09/2010, in category "Fish Tales"
Views: This article has been read 43488 times
Abstract: After a long, unusually cold winter, local fishermen look forward to April, and with good reason!

April is a fisherman’s delight.  Everyone with cabin fever has been eagerly awaiting this month.  Every species of fish in the south will begin to respond to the water temperature that is rising in the 60 degree range.  This increase in activity will manifest itself in two main categories.
First, the metabolic response- You remember, from basic science class (and believe me, if I had known that it had something to do with catching fish, I would have paid more attention) that fish are cold blooded.  That is, their body temperature takes on the temperature of their environment.  This winter that environment was in the 40’s.  That would kill you and me.  The fish however just slow down and burn less fuel.  They also as a result, have to eat less.  For the fisherman, that translates into fewer bites.  Anyone who has fished very long knows what that means- endless hours of fishing, and not catching.  That will stop this month as the water temperature starts to rise, and the fish become much more active and thus have to eat more.  Your favorite baits will now start to produce big time.
The second reason fishing is better in April is the reproductive response to warming water.  Every species of fish, except for the hybrids, have to reproduce.  Depending on the species the methods can vary, but what is important from the fisherman’s point of view is that the fish become aggressive and instinctively start increasing body fat.  Again, that translates into vicious feeding frenzies.  I like the sound of that!
It would take a large book to go into how each species responds to the two factors, so I’ll just hit on the highlights of three species that are very popular on Lake Thurmond, the stripers, their cousins, the hybrids, and the largemouth bass.
The Striped Bass, (Morone saxatilis) and the hybrid bass, a striped bass and white bass cross (M. chrysops x M. saxatilis), while not usually successful in reproduction, due to the lack of running water in the reservoir environment, never the less go through the motions of spawning fish.   The large mouth bass (Micropterus salmoides),while not a true bass, usually will be successful reproducing in a reservoir environment.  From a fisherman’s viewpoint all three species will be caught much the same way.  They will all be found in shallow water.  Why?  Because that’s where the bait fish are.  Thread-fin Shad and Blue- Back Herring are all spawning and they will be shallow.  That can make life a whole lot easier at least for the fishermen.  Any lure resembling a bait-fish, and everyone has their favorite, as well as live and cut bait, fished in the shallows, will produce a cooler full of fish.  Now, not all shallow water is holding fish, so one has to do a little work, but once you find a good spot it can produce good fish the whole month.
Another advantage of April fishing and the fish being shallow is that even without a boat people can catch fish.  This is the month that you will see hoards of bank-fishermen.  It can be a great social event as many bring barbeque grills and the entire family, many times staying until late in the night, catching fish.  If you’re fortunate enough to own a boat you can find your own stretch of shoreline and have it all to your self.  Either way, April is the month that eager house-bound fishermen have been long awaiting. 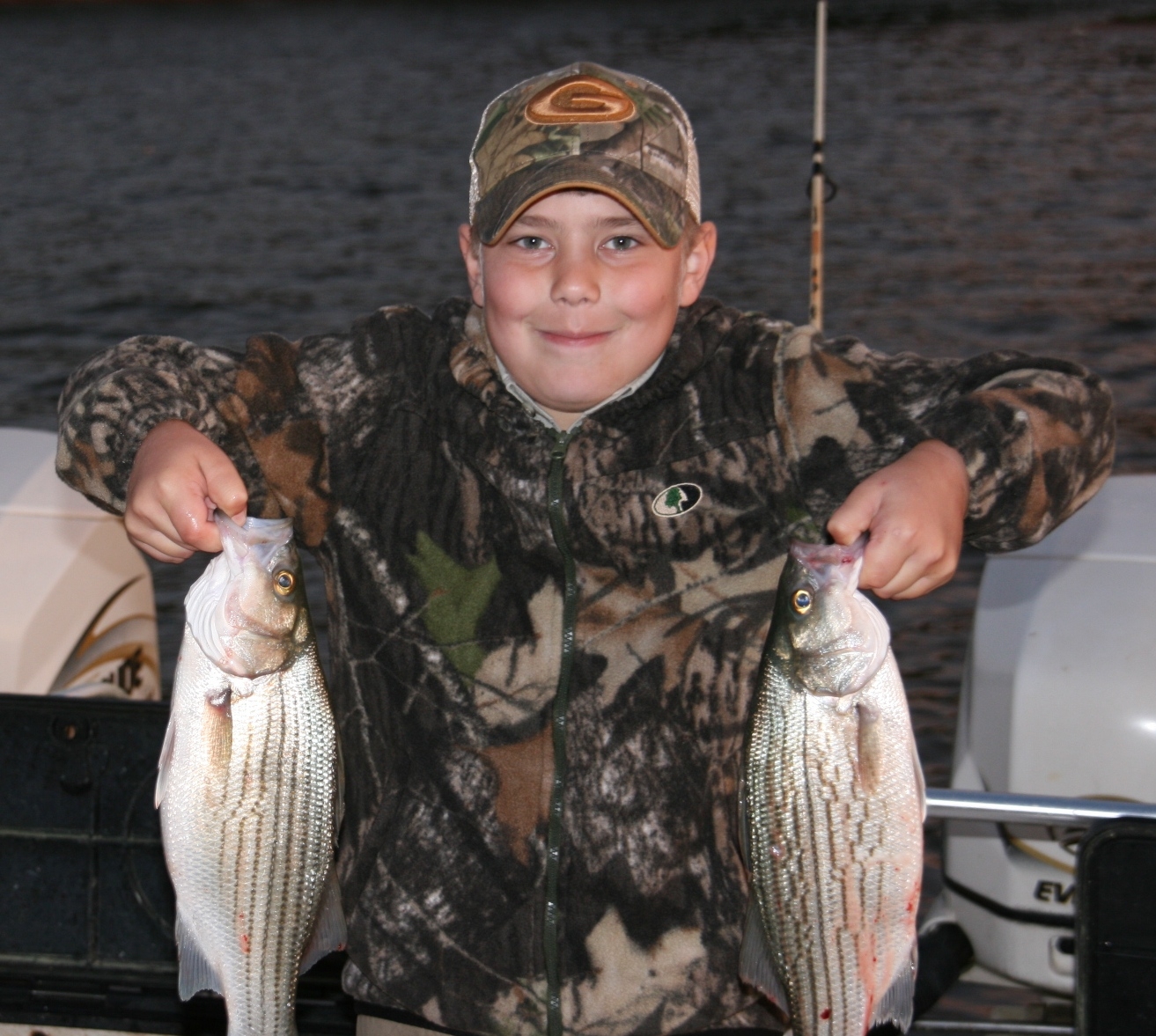